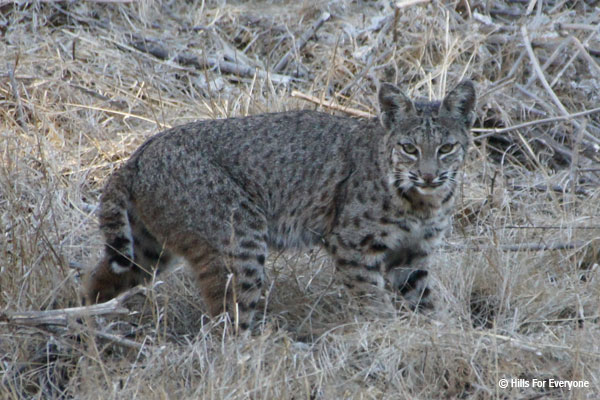 In the wee hours of the morning, the legislative session ended with the Assembly and Senate taking their last votes on proposed legislation. Some bills made it out (and go to the Governor’s desk) and some didn’t. One bill that our organization supported, AB 1788, (authored by Assemblymember Bloom) is on its way to the Governor’s desk.

According to the Mountain Lion Foundation, “studies show that 80-90% of predators [like mountain lions and bobcats] have been exposed to highly toxic second-generation anticoagulant rodenticides.” These poisons make their way up the food chain, as the mountain lion/bobcat eats the sick and poisoned prey. The rodenticide then kills predators, which is well beyond the intended target (usually rats).

A shout out to all those that worked to support this legislation to keep our wildlife safe from rodenticides. Fingers crossed the Governor signs the legislation.(Image: A bobcat stares directly at the camera, surrounded by neutral colored brush and sticks of dried vegetation.)