How to Save Open Space

AMERICAN PRECEDENT
America was the first nation in the world to create state and national parks. History tells us that for every park or slice of protected open space – from Yosemite to our local canyons – someone who lived nearby loved the land, stood up to defend it, and inspired others to join them.

WHAT TO SAVE
The first task for conservationists is to decide what they want to save. This can be done simply by drawing a line on a map. What makes a particular piece of land worth saving may vary – it might be the site of an historic building or a spectacular piece of nature, like the redwoods. Or it may be a landscape full of rare creatures like those found in the Puente-Chino Hills Wildlife Corridor.

LANDOWNER “RIGHTS”
Contrary to popular myth, landowners do not have “a right to develop their land.” The U.S. Supreme Court has held that property owners have a right to a reasonable economic return on their investment. Many landowners eventually decide that it is in their economic interest to sell the land for preservation rather than develop it. For example, in the case of former oil fields, there are huge costs associated with cleaning up the pollution from years of oil drilling. If the land is left as open space those clean up costs plummet. When confronted with massive clean-up costs, or the price tag of mitigation for other hazards like landslides or the long delay from lawsuits, many landowners become willing sellers even if they don’t start out that way.

IDENTIFYING FUNDING SOURCES
The second step is to identify funding sources. In the past, most state preservation money has gone to Northern California, leaving our region without its fair share of public investment in parkland. For example, the California Department of Fish and Game has created 93 “Wildlife Areas” (preserves in the thousands of acres) north of Fresno but only 11 Wildlife Areas south of Fresno. California State Parks has likewise favored Northern California over Southern California by a margin of 2-1 in the creation of historic parks, state preserves, state parks, etc. These agencies are working to address this imbalance.

FUNDING AVAILABLE NOW
There has never been more funding available for protecting land than there is right now. There is also money available for acquisition from the state and federal government in the form of mitigation funds attached to various Transportation Acts. Large acquisitions are usually a mix of funds from many different sources and agencies. For our area there is still money in Los Angeles County’s 1996 Measure A and there is new funding from Orange County’s Renewed Measure M, a transportation sales tax measure, which voters approved in 2006. 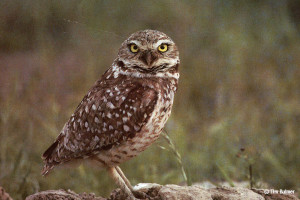 NATURAL RESOURCE VALUES
Next, the natural resource value of the landscape must be documented and the land identified as a potential acquisition on state and federal lists for preservation. Initial steps have already been taken at the county, state, and federal level to bring the Puente-Chino Hills to state and federal attention.

View the California Department of Parks and Recreation’s Acquisition Guidelines (452 KB PDF) to understand some of the criteria used in selecting acquisition properties statewide.

LEAD AGENCY
Finally, a private or public agency must be identified that could spearhead the purchase of the potential park. It could fit into the mission or interest of a private group like The Nature Conservancy or a public agency like California State Parks. Sometimes the resource protection agency itself has to be educated about the value of a particular landscape because there are so many demands made on its funding by different groups. The “lead agency,” the agency that will probably eventually hold title to the land, generally carries out the negotiations with the landowner, although others may participate as well.