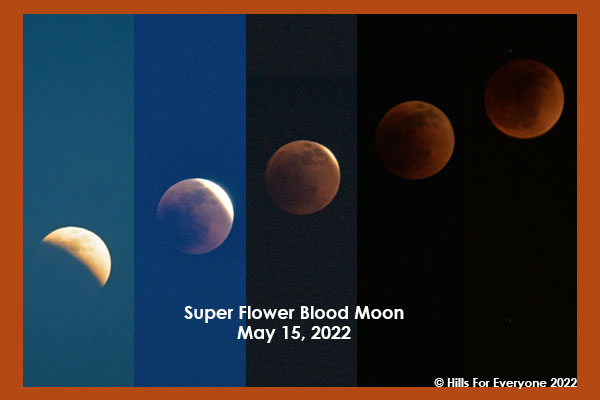 Here is a collage of the moonrise at dusk heading into the peak of the eclipse when it was darker. Due to the hills we were only able to photograph the moon after half of it was already eclipsed. This is called a Super Flower Blood Moon. Super means it is really close to the Earth in its orbit. Flower is the month of May’s named full moon. Blood is the red appearance of the moon during an eclipse. Enjoy!